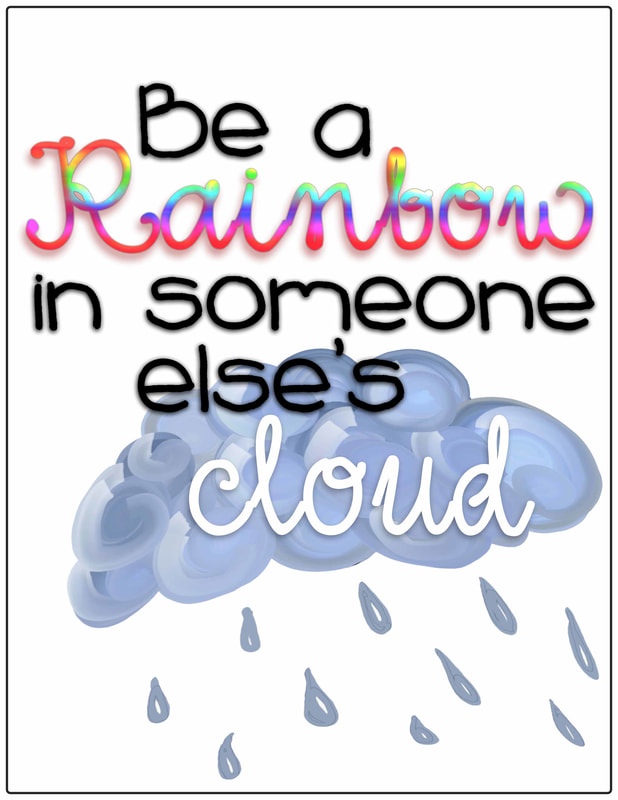 This design all started with a style. I created a horizontal rainbow style and added it to this inspirational design. I wanted this design to be something that teachers would want to display in their classroom. I used the rainbow style on the word "rainbow" and other styles, such as a drop shadow, on the other pieces of text.