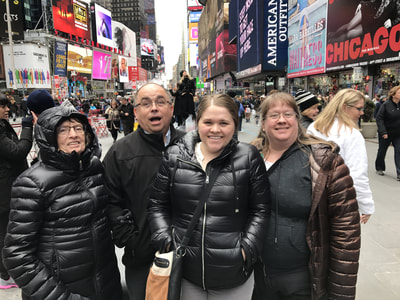 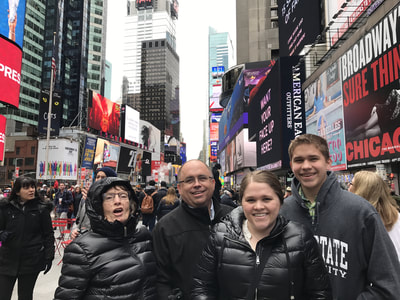 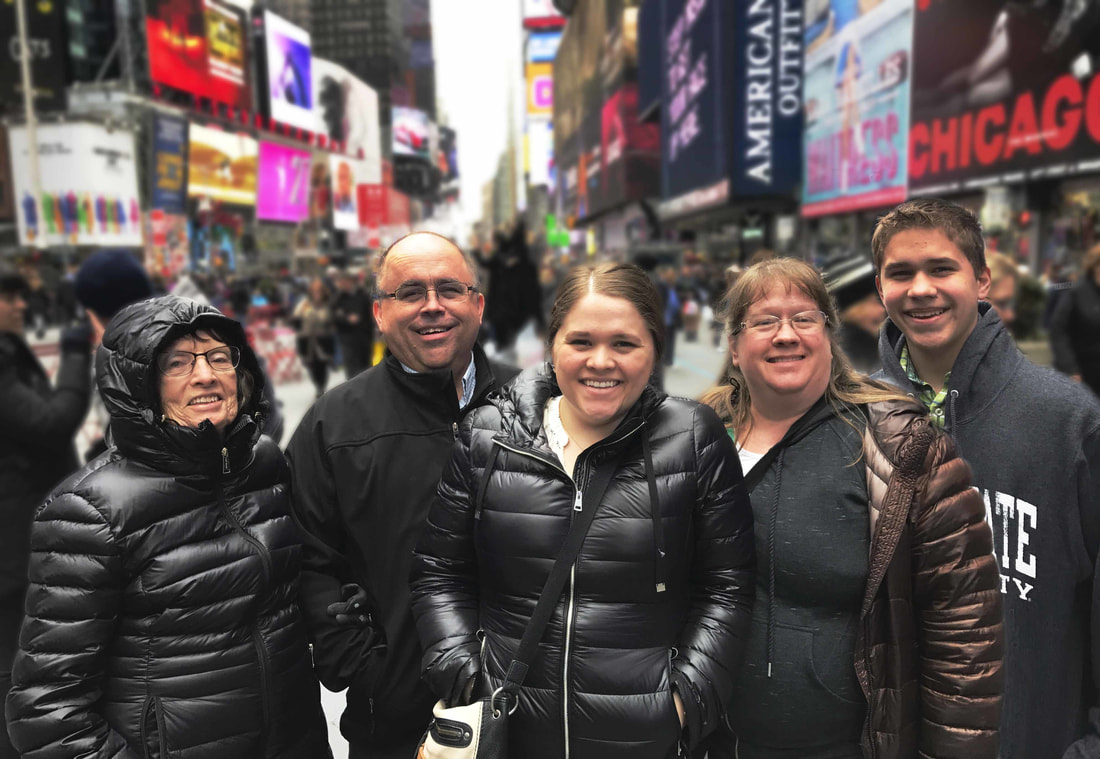 -added a blur on a new layer

-took the photo into camera raw to adjust the highlights and shadows, to reduce noise, to sharpen the photo, and to bring out the reds in the Times Square Background

-added another curves layer to adjust the overall lighting

It's always difficult to get a photograph of your entire family while on a family vacation. I wanted to take these two images of my family in Times Square and combine them to make the perfect family vacation photograph. Both photos had a family member missing as well as a family member who was making a funny face. I chose the image with the best lighting and moved on from there. I wanted everyone looking at the camera, but the most important part was that everyone was in the image.

I didn't use brushes to touch up the faces of the family because I wanted the photo to appear natural and real. This was towards the end of the vacation, we were tired and cold, but we were still excited to be in times square. I didn't want to make it seem like a fake experience.

Credits:
Photo taken on an iPhone 7 by Cathy Bell.