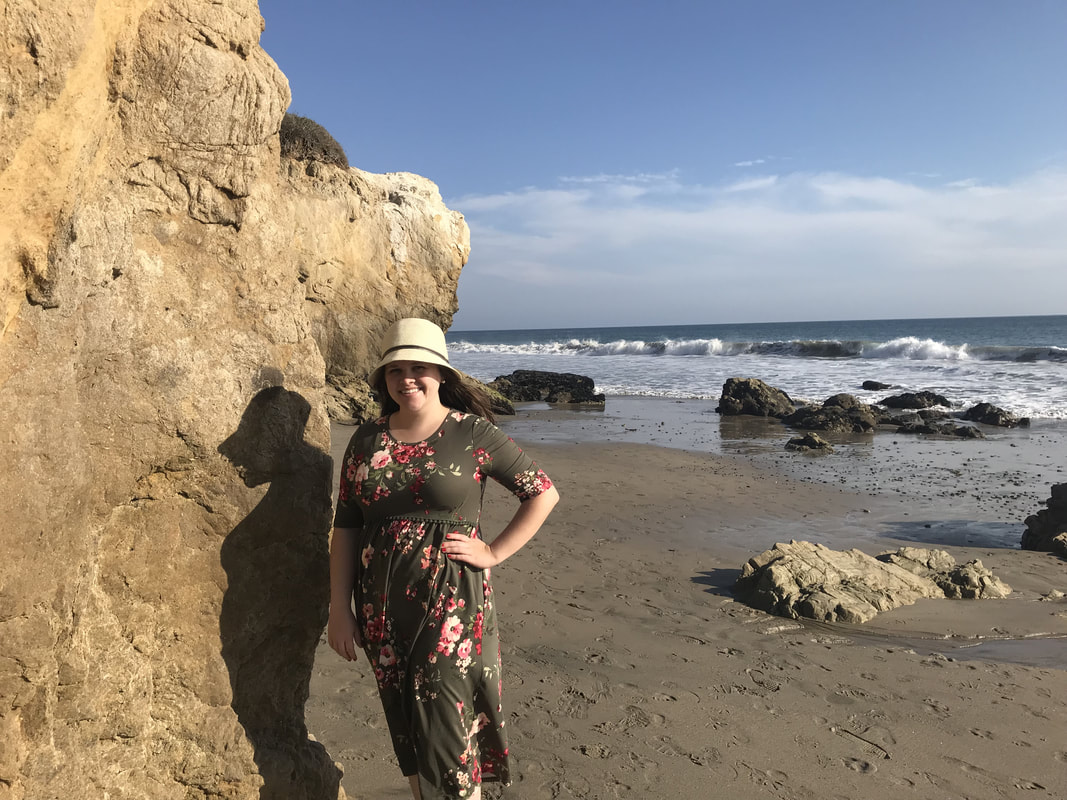 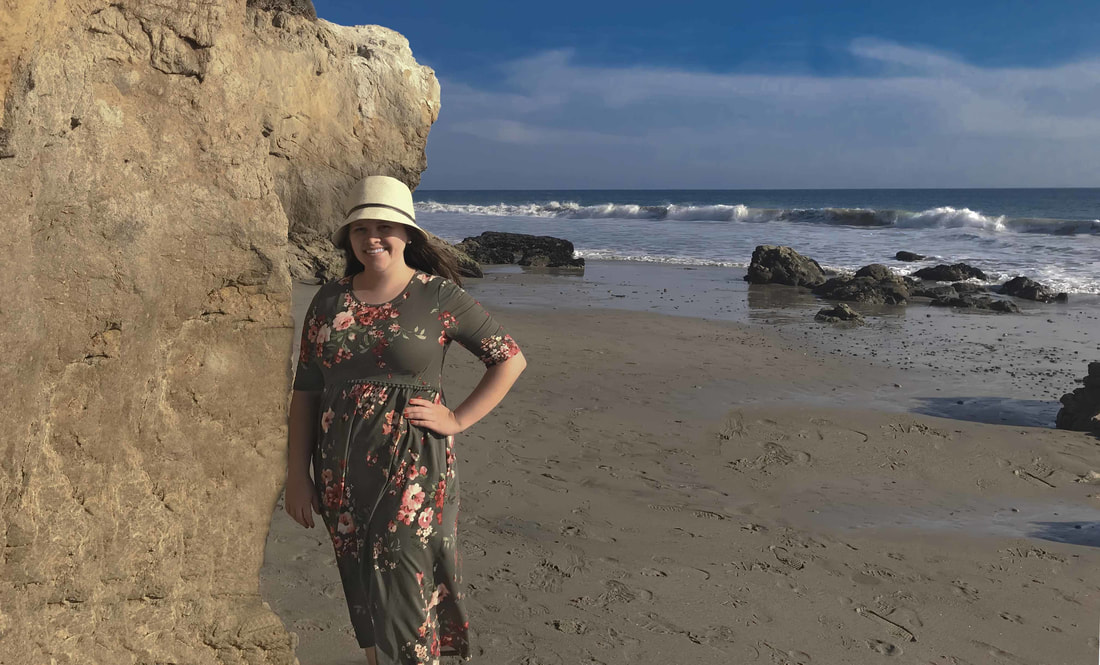 After Editing Using Photoshop
Photoshop Settings Used
I began by adjusting the whites and shadows in Camera Raw. I also adjusted the hue and lamination to bring out the blues in the sky and the ocean.

Once in Photoshop, I began by cropping the image so that the girl's face was in an intersection of the rule of thirds lines. I then used the content aware scale to stretch the image to the right, filling in the sand and the beach.

The next think I tackled was the shadow that was being cast on the rock from the girl. I used the clone stamp tool to repeat sections of the rock until the shadow was eliminated.

I used the patch tool to eliminate large yellowish rock that was to the right of the girl in the background.

The last thing I did was straighten the horizon.
Design Thoughts:

I love pictures of the beach and wanted to take this image to the next level. I wanted to brighten up the blues in the sky and the ocean. I also wanted to eliminate the shadow that was being cast on the rock because I felt like it took away from the image. There were also a few details such as rocks and clouds that I felt were taking away from the image that needed to be addressed. I also wanted to bring out the girl in the image and eliminate some of the dark shadows.

Credits:
Photo taken on an iPhone 7 by Cathy Bell.